The Tear Seen ‘Round the World 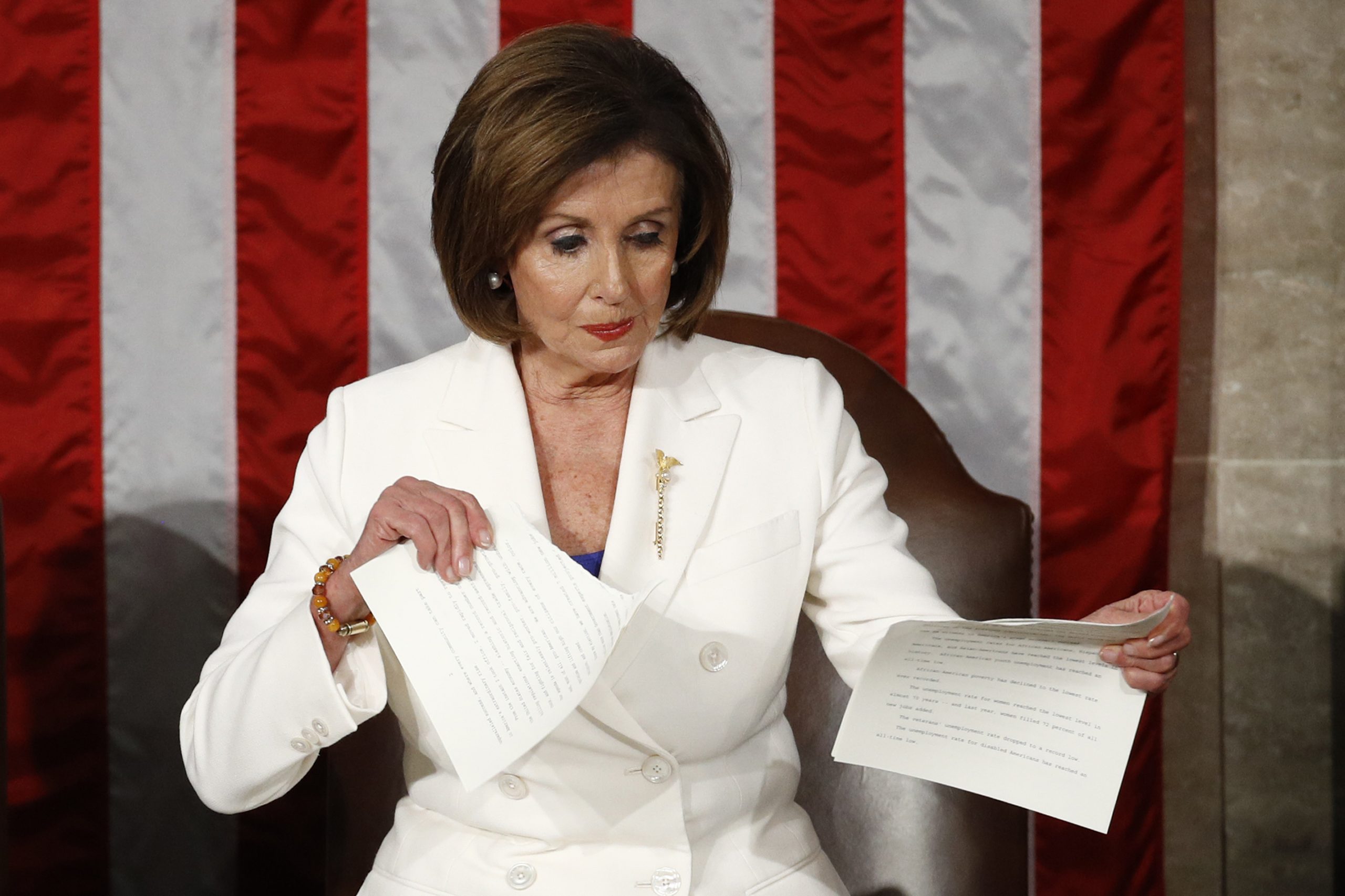 Okay, not sure she should have done it… but House Speaker Nancy Pelosi did make a point.

In case you haven’t heard or seen, at the end of the State of the Union speech last night, she tore up the President’s speech. Now, it appears he snubbed her by not shaking her hand before the speech started.

Wherever you fall on the political spectrum, this is the state of our union. Are we so angry, so divided that we can’t even show the most basic of manners? I’m old, I know that. That said, I can’t imagine Ronald Reagan and Tip O’Neill acting like that. In case you are not old enough, O’Neil was the Speaker of the House when Reagan was President. The Nancy Pelosi of the day. They disagreed on many, many things. They did however, manage to respect each other.

We’ve moved away from that. I don’t think it’s new either. While it’s far worse now, this has been brewing for years. Now, here we are. I don’t have kids. I have friends that do. I hear them say it’s hard to teach their kids manners when this kind of thing happens. I want things to get better. We used to call it “civility.” I just wish we could get it back.

A Fly on the Wall

It Ain’t Easy Being Veep