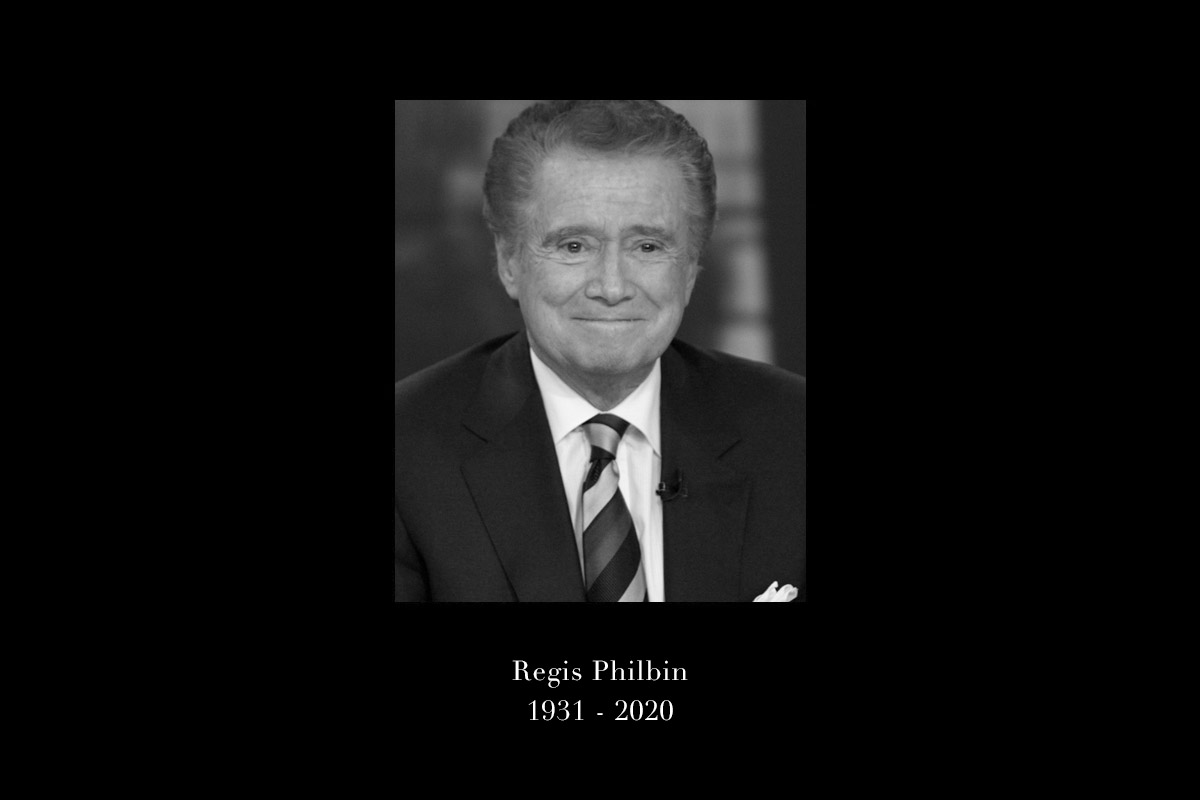 I feel the need to write a few words about Regis Philbin. This weekend, we lost one of the greats in the TV talk business.

Throughout my years in television, I had a few chances to interview Regis. If your TV station ran a Regis Philbin show, he was always available to do interviews with that affiliate station. Whether it was by satellite, at his studio in New York, or at Disney World, Regis was always available. He was always there after his show. Always with the same energy that he put into his show.

Somehow, I worked at three TV stations that ran “Regis and Kathie Lee” and “Regis and Kelly.” Regis Philbin always remembered me. He knew my name. I don’t think it was from some handler that whispered it in his ear either. He just remembered.

I think this had a lot to do with how he came up in the business.

A pioneer of television, he was there early on. Not at the network, but at the local stations. He worked his way up to the top. Not by luck, either. He got there with hard work and talent. That’s what made Regis Philbin “Regis.”

He made it all look easy. He could talk about nothing and make it entertaining. He could make his co-hosts into stars. Regis Philbin didn’t mind sharing the stage. He knew if they looked good, he looked good.

And then, there was “Who Wants to be a Millionaire?” I remember watching the first episode. I was like, What is this? I was hooked.

I remember the first big winner too. John Carpenter. (Okay, I had to look up the name). That last question Regis asked him, “Which of these U.S. Presidents appeared on “Laugh In?” Lyndon Johnson. Richard Nixon. Jimmy Carter. Gerald Ford.

But in the show, Carpenter used a lifeline. Uh, oh, I thought. He doesn’t know. He called his father, and said to his dad, “I don’t really need your help. I just want you to know I’m gonna win the million dollars.”

According to his New York Times obituary, Regis Philbin logged more than 17,000 hours on television. He is the most watched person in television history. Oddly, Regis eclipsed another pioneer who recently died. Hugh Downs.

It was not the amount of content that Regis Philbin created. It was the quality of it. Whether he talked about where he went to dinner last night or who he saw, Regis made it interesting. What a gift. What a legacy.

I said to some friends today that we won’t see someone like Regis Philbin again. It’s just not that kind of business anymore. Then, I corrected myself. Maybe, we will. He sits on the same set, funny enough. He hosts the same show… Ryan Secrest.

In a statement with Kelly Ripa, they called him, “the ultimate class act.”

In my experience, Regis Philbin was exactly that. A class act. He blazed a trail in broadcasting. Made it better for all of us that followed.