One of the Bravest Things I Ever Saw 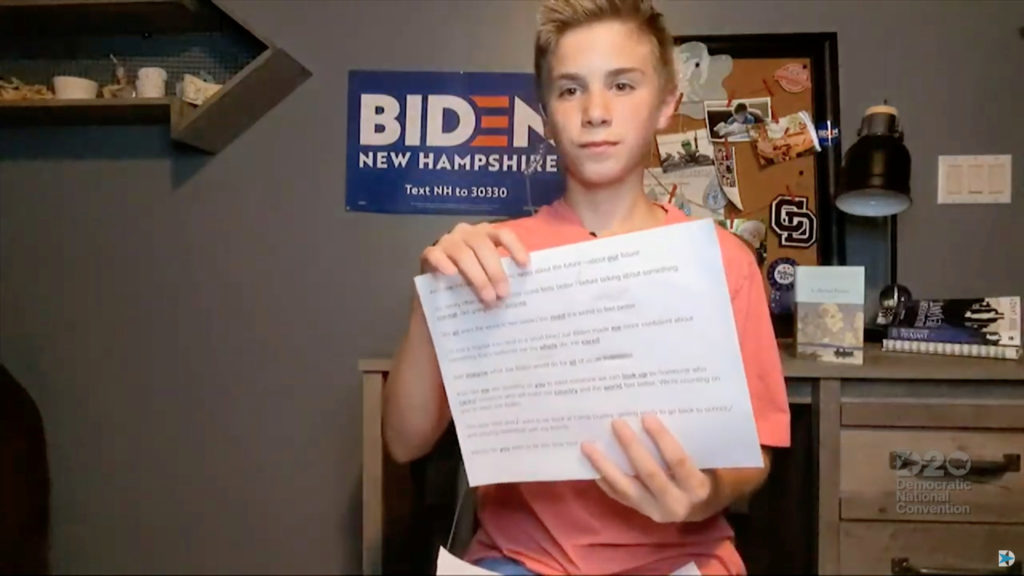 I have avoided saying much about the Democratic National Convention on the blog this week. Mostly, because I feel as though I would have to give equal time to the Republicans next week.

I am, after all, a reporter at heart.

With that said—politics aside—I saw one of the bravest things at the DNC this year. That kid. Brayden Harrington. Thirteen years old. As the Washington Post said, “Pure, unvarnished courage.”

“My name is Brayden Harrington, and I am 13 years old. And without Joe Biden, I wouldn’t be talking to you today.”

A few more seconds in, you start to realize what is happening. At first, it seemed like a technical glitch. Then, you realized, Brayden stutters.

Here’s how Vogue writes what Brayden said next: “‘About a few months ago, I met him in New Hampshire. He told me that we were members of the same club: We’—and then came the long pause before he completed the sentence—’stutter. It was really amazing to hear that someone like me became [the] vice president. He told me about a book of poems by Yeats he would read out loud to practice. He showed me how he marks his addresses to make them easier to say out loud. So I did the same thing today.'”

I cried. I cheered. Brayden Harrington did something amazing. Besides having the guts to speak to more people than most of us will ever speak, he humanized a politician.

I’m not sure which is tougher.

Holy cow! The Obamas, the Clintons, Nancy Pelosi, not even Joe Biden himself said it better.

I encourage you to not just read Brayden Harrington words. Watch the video. It’s just a few minutes long.

Joe Biden has spoken a lot about his stuttering. Believe it or not, so do I. Mine comes from being dyslexic. If I get into too much of a hurry while reading, my brain jumbles the words in my head. They come out wrong. I’m always aware of it. Always. It doesn’t happen often, but when it does, yikes.

My dyslexia was never diagnosed. I didn’t realize it until I was an adult. I have always wondered what might have happened to cause it? If my parents had known?

I’m not complaining. I’ve done okay. I’ve just had to learn along the way to compensate for it. Numbers, though, you don’t want me balancing your checkbook. I still invert numbers today.

But back to Brayden. That 13-year-old kid stole the convention. Stole a lot of hearts, too. You just wanted to grab him and hug him.

It’s going to be fun to watch what happens for him next.

And I do hope there is a moment like this for the Republicans next week. We can’t have enough of them.

2 thoughts on “One of the Bravest Things I Ever Saw”