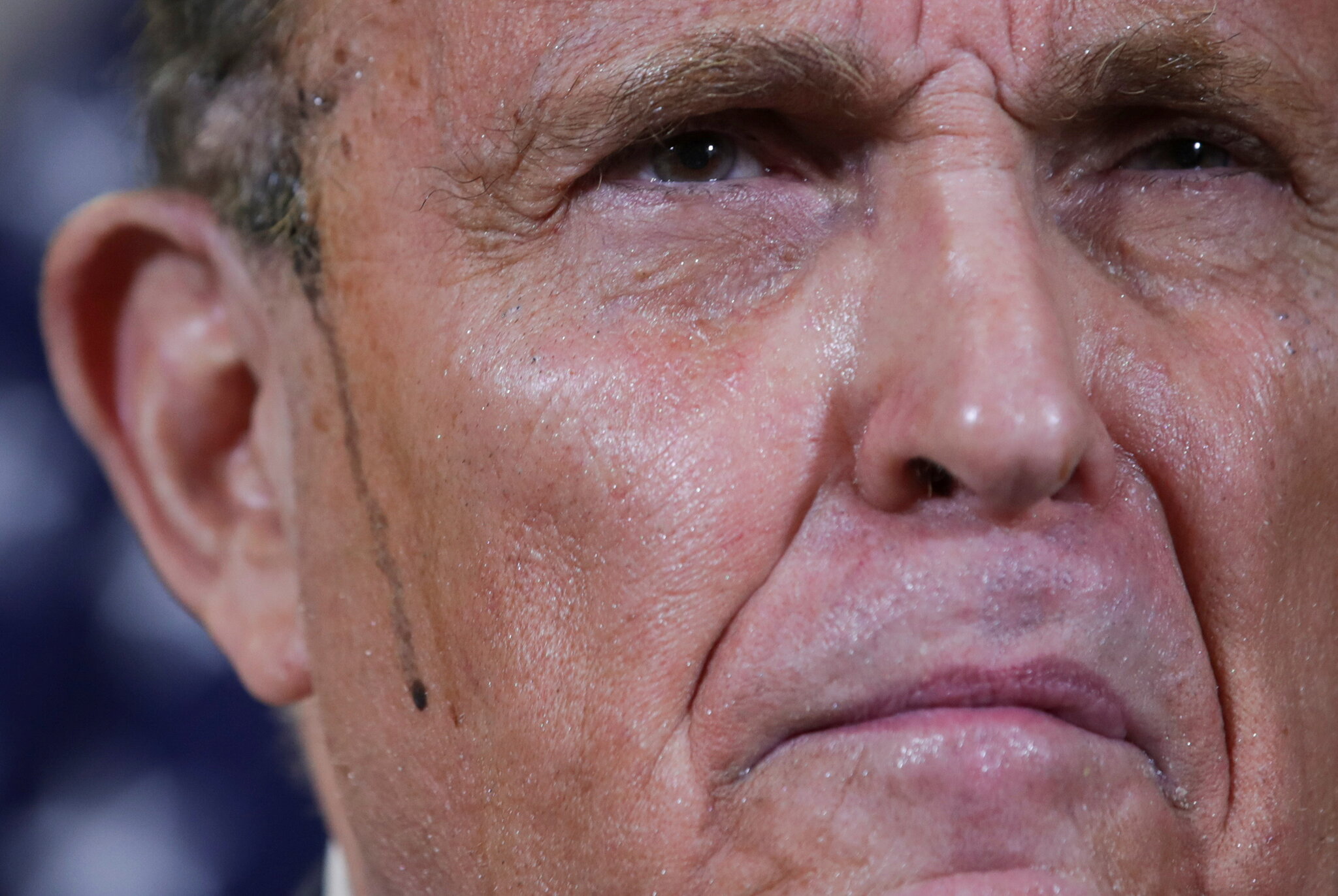 It’s the end of the week. We end it just like we started: disputing the election results and watching the number of Covid cases rise.

Oh, and a hair dye malfunction.

President Trump is running out of options fast. Georgia is going to Joe Biden. The recount there is done.

The Trump legal team is suggesting there was a centralized conspiracy to commit voter fraud all across the country.

At least that’s what Trump’s personal lawyer Rudy Giuliani said in a news conference. But it was hard to hear anything he said at all because of the hair dye sweat running down his face. Did you see it??!!

The New York Times has taken it on. The paper says “Whatever it is, it’s probably not hair dye.” The Times actually talked to Manhattan hairdressers about it. What else might it be? Makeup?

Rudy’s sweat malfunction was a welcome break from an ongoing story that just doesn’t end.

President-elect Joe Biden is starting to show his frustration too. The General Services Administration is still not allowing for an official transition to begin. House Democrats are asking for the GSA administrator to brief them next week. That should be fun.

The CDC is telling people not to travel or gather for Thanksgiving. The Covid spike is just that bad. One million new cases of the virus in the last week in the U.S. That’s from the Washington Post.

The White House Coronavirus Task Force held a briefing to acknowledge the spike in cases. The group said the administration would not support a national lockdown. President-elect Biden is saying the same thing.

So, that’s where we are at the end of the week. The election. Coronavirus. And Rudy’s hair dye sweat. Not a great look. Might I suggest Just for Men? It’s never done that to me.