Getting Away From It All… with Oreos 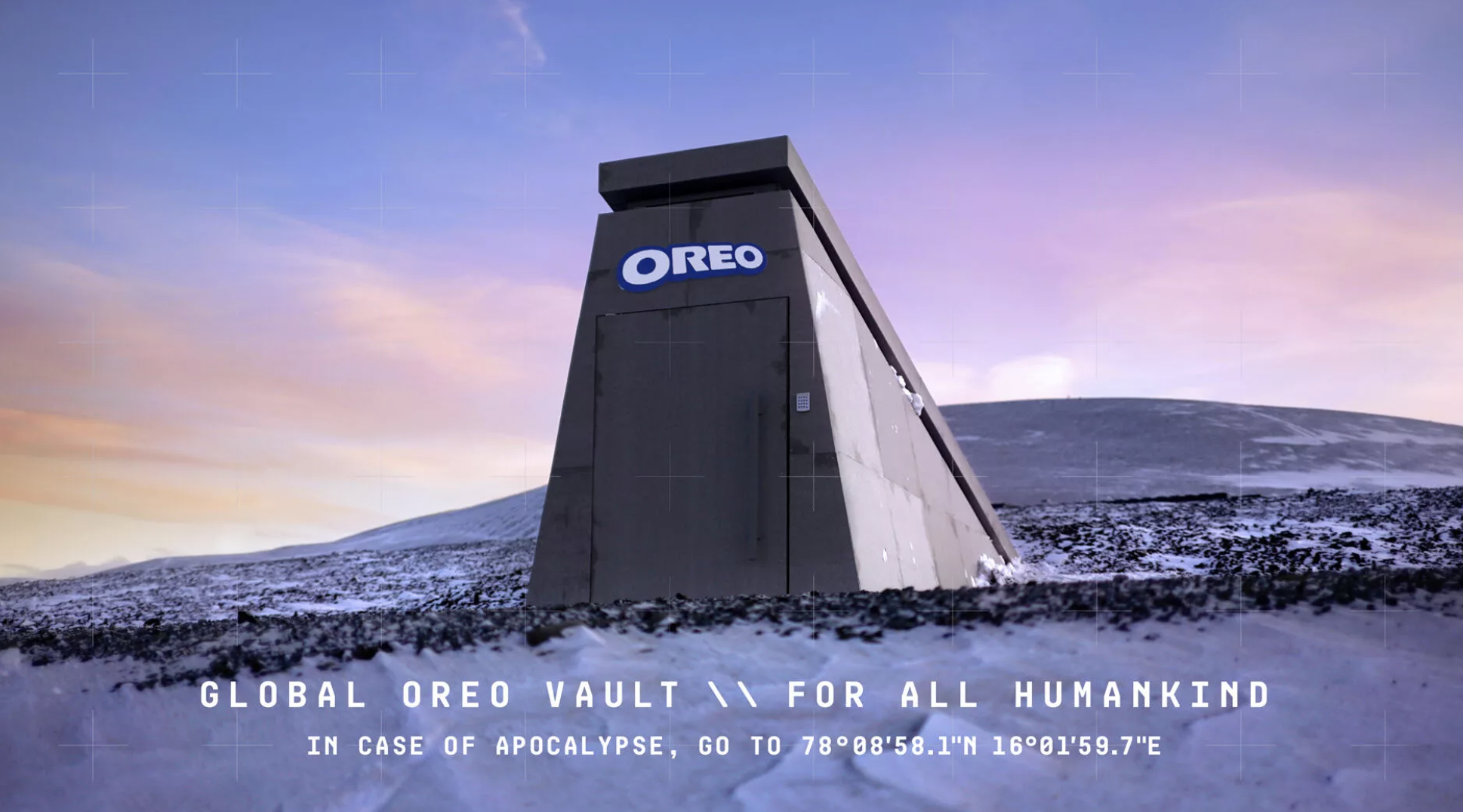 We had a story this morning that actually made me feel better. Strength in numbers, I guess.

The American Psychological Association reports that 70 percent of the people surveyed this month say the election is a significant source of stress.

I would love to ask the other 30 percent their secret.

Lately, I’ve been thinking about getting away from it all. Going where the American presidential election just doesn’t matter. Where? I think I may have found my sanctuary.

The Global Oreo Vault in Norway. Yes, apparently, there is a bunker in Norway that is full of Oreos. I’m pretty sure this is legit. If not, a lot of respected publications have been duped.

According to Food&Wine, Oreo has built a doomsday vault to protect its recipe and cookies. And… it’s “just down the road” from the Global Seed Vault—that’s the place that holds all the seeds in case everything gets wiped out.

According to Oreo, the Global Oreo Vault is “really real.” Inside the bunker, the recipe for the cookies and a large stockpile of Oreos.

The cookies, by the way, are wrapped in Mylar, can withstand extreme temperature changes, and are protected from moisture. Fresh Oreos forever!

As for milk, there is powdered stuff in the vault. Just step outside and get some snow. Voila! Or, “der er det” in Norwegian. Doesn’t have the same French ring, does it?

Anyway, there are videos on YouTube explaining the Global Oreo Vault. The threat of an asteroid hitting Earth must be taken seriously!

I really, really want to visit the Global Oreo Vault. Two stops now, I guess, on my trip to see the Northern Lights. Iceland and Norway.

The Global Oreo Vault. A world away. Actually, I have my own version in Tampa. In my kitchen pantry. Because you never know when the apocalypse is going to happen. Or election night.

I’m ready for both.

Back to The Movies